Gerard Pla Llongarriu developed a deep admiration for Law, or at least for the idea of Justice, from very early. Thus, he has always expressed his point of view regarding the fairness of any situation, even though when such position would go against his own interests.

After graduating from university, he obtained a Master’s degree as well as several specialization courses. He then worked as a lawyer for a law firm, while performing further professional training.

In May 2013, Mr. Pla opened the doors to his own office in Sant Feliu de Guíxols (Girona), thus achieving his dream and showing the will of exercising his profession. From his base in Sant Feliu, Mr. Pla moves throughout the region in order to assist and counsel anyone in need of his services. 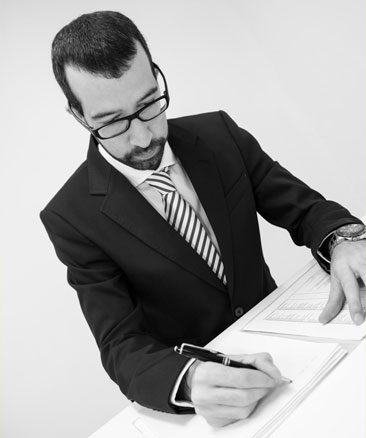 -Graduate in Law, by the University of Girona (UDG)

-Member of the Girona Bar Association

-Master’s Degree in Law, by the Girona Bar Association

-University internship at the Judiciary Office, under supervision of Ms. Maria Carmen Esteban Moreno, Magistrate of the court for Violence Against Women nº1, Girona.